WASHINGTON, DC – In the Fiscal Year 2023 appropriations package announced today, Congress included a boost in funding for the U.S. Department of Treasury’s Financial Crimes Enforcement Network (“FinCEN”), the nation’s financial intelligence unit and lead bureau on combating money laundering. The $190.2 million appropriation is approximately 18% higher than the Fiscal Year 2022 appropriation, but less than the Administration’s request of $210.3 million.

This much needed increase in funding serves as yet another down payment on bringing FinCEN into the modern era.

For many years, FinCEN has been a little known and dangerously neglected part of protecting our financial system against abuse by corrupt and criminal actors. To combat the opioid crisis or human trafficking, everyone agrees we need to follow the money. But, as this year’s scramble to locate the assets of Russian oligarchs so clearly demonstrated, we don’t have the infrastructure in place to do that effectively.

Transparency International U.S., in partnership with our global network, released a report earlier this year documenting, among other things, just how big an oversight and enforcement deficit we have in comparison to our allies and the challenge at hand.

For now, the bipartisan recognition that underfunded financial intelligence gathering has serious national and global security consequences has moved Congress to step up our defenses. And the timing couldn’t be more appropriate: FinCEN is currently working on important improvements to our anti-money laundering laws, with progress on rules to increase corporate transparency and to identify risks and prevent money laundering through purchases of mansions, luxury condos, and investments in private equity.

FinCEN also received some additional funding earlier this year in an appropriations bill providing support for Ukraine. That one-time increase could be used for upgrading systems—but not for personnel. Today’s proposed appropriation takes us a necessary step closer to having both the physical tools and the people to use them.

We thank Senators Grassley, Whitehouse, Van Hollen, Hyde-Smith, Leahy, and Shelby as well as Representatives Quigley, Womack, DeLauro, and Granger for their leadership in obtaining this necessary funding for FinCEN.

Transparency International U.S. is part of the world’s largest coalition against corruption. In collaboration with national chapters in more than 100 countries, through research, policy development, and advocacy, we are leading the fight to turn our vision of a world free from corruption into reality. 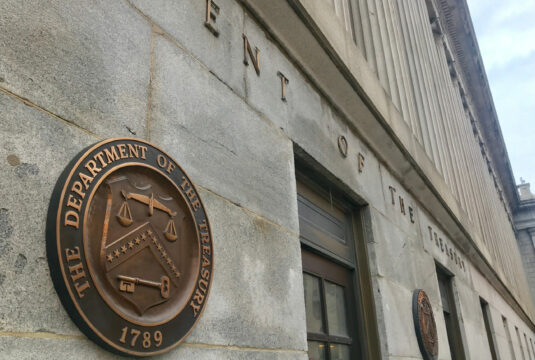